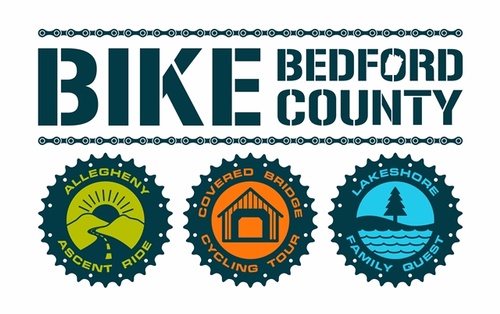 This is an un-timed, recreational event: challenge yourself while enjoying the beautiful back roads and bywas of Bedford County, PA and beyond  Start/Finish for all rides is Shawnee State Park; cycling routes explore the surrounding area, including challenging climbs, rolling hills or mostly-flat routes, including options to Flight 93 and travels to/through many of the area's historic covered bridges.

Allegheny Ascent: our most challenging route take cyclists to the Flight 93 National Memorial and back, with 5,000 feet of climbing through the beautiful Allegheny Mountains.  A century ride for experienced cyclists.Rest Stops at New Baltimore Fire Station and Flight 93 National Monument.

Allegheny/Covered Bridge Century Tour: for those who want the distance of a metric century without the long climbs.  The ride begins with a scenic loop from the park to Milligan's Cove through Buffalo Mills and back to Shawnee State Park and then on the Covered Bridge Cycling Tour. A metric century with rolling hills, pristine streams and multiple covered bridges. Rest Stops at Grace Brethren Church and Long's Outpost.

Covered Bridge Cycling Tour: A beautiful tour of rural Bedford County featuring fields, farms and forests as well as at least 5 of the county's historic covered bridges. A metric half-century; or add an optional 4 mile extension to see one more bridge.  32 or 36 miles with a rest stop at Long's Outpost.

*Lakeshore Family Quest is a free event with no registrants' gifts. 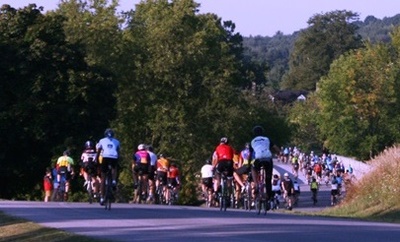 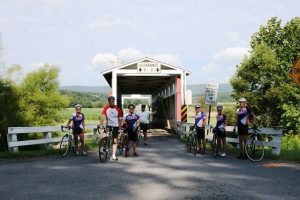 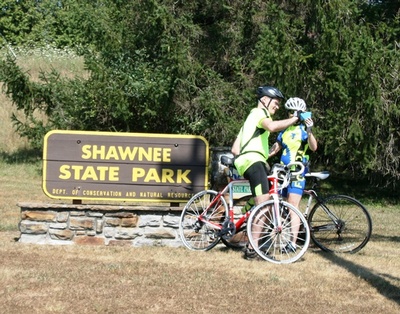 Check-in Opens for Allegheny Ascent Flight 93 and Allegheny Covered Bridge Rides (both metric centuries) at 7:30 am with mandatory pre-ride meeting at 8am followed by departure.

Check-in for Covered Bridge Cycling Tour,& Covered Bridge Mini Tour opens at 8:00 am with mandatory pre-ride meeting at 8:30 am followed by departure.

Mini Covered Bridge Tour is a 25-mile mostly-flat tour in the farmland around the State Park, a great ride for recreational cyclists.

Check-in for Lakeshore Family Quest* opens at 9am.

ABSOLUTELY NO CHECK-INS OR REGISTRATIONS BEFORE 7:30AM.

*Lakeshore Family Quest is free with no gifts.